How is Ninebot, Segway and Xiaomi all connected?

Many readers have been asking us, what is the difference between Xiaomi mini, Ninebot and Segway? 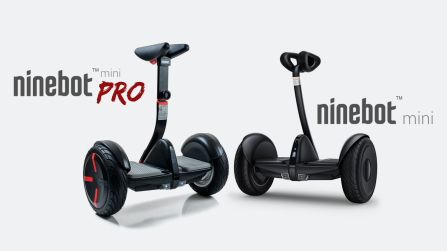 The Segway is the original self-balancing gyroscopic electric scooter that was invented and founded by Dean Kamen, the inventor of the segway. Patented in the US, the segway was an expensive toy the rich and famous and a gimmick for city tours. For decades, it was marketed as a security and military solution, but it never got further than a few malls adopting the expensive segway for moving oversized mall cops around. Segway as a company refused to compromise on its price and size to focus on corporate and military applications. It rejected compromising on certain functionalities and price to appeal to consumer demand.

10 years after the invention, the gyroscopic technology has been copied very cheaply and in large quantities by manufacturers of the electric unicycle, hoverboard and smaller sized self-balancing scooters (or “mini-segways”). The ninebot was one such company that rode the wave of self-balancing craze. Beautifully designed, the Ninebot model was first touted as a direct and more affordable segway. It was the first real competitor of the segway that had very similar build quality and level of ride technology, at less than half the price.

The real difference between Ninebot and segway was that Ninebot was more flexible in responding to consumer needs by developing the Ninebot One and then Ninebot Mini (and Pro) in quick succession. This explosive growth in product development was financially backed by the capital venture arm of Xiaomi of course. Now, why did Xiaomi, a maker of affordable phones decide to invest in Ninebot, an electric mobility company? Xiaomi’s strategy was to dominate all hardware media platforms in mobile technology or TV and now PEVs (Personal Electric Vehicles). By controlling those hardware platforms, it will be able to launch value-added software services based on consumer patterns. Furthemore, all Xiaomi phones will have preinstalled ninebot app which allows Xiaomi to track user patterns and location. Something right out of Apple’s playbook but Xiaomi is taking it a step further.

So it leads us all to the point where, the clone, Ninebot, had enough financial muscle to pull Segway, the original, out of its financial quagmire. Ninebot has been chipping away at the Segway market for years, eroding its brand and wiping out its market share. Segway was a failed company and product, slowly bleeding to death. Hence, the clone bought the master, together with its patents and technology. Dean Kamen of course had long moved on to other more exciting ventures and Ninebot’s (and Xiaomi’s) domination of self-balancing platforms is complete.

All that just by being sensitive and responding when the market questions. Thats a lesson for all of us.